In Maths we have been learning about Geometry and measurement. We have been exploring both 2D and 3D shape and have been using mathematical vocabulary like, vertices, faces, perpendicular and parallel to describe their properties. We have also learnt that an angle is the measure of a turn. We found right angles in the classroom and at home and after investigating, we know that a triangle cannot have more than one right angle! This half term we have also been exploring measuring length and what ‘perimter’ means. We now understand that perimeter is the distance around the outside of a shape.

In English we have been reading from books by author Julia Donaldson. We have focused on the story ‘The Snail and the Whale’ which we have really enjoyed. During this unit we have continued our understanding of how to add detail to sentences by using expanded noun phrases. We have also built our vocabulary by concentrating on the character ‘Snail’. We had a thought shower and considered his appearance, likes, dislikes and personality. We then could write a character profile on the snail using lots of detail from our notes. We were able to express ways in which the snail showed bravery and courage. We then went on to learn how to punctuate speech correctly. This was in preparation for a final written re-write of the whole story! 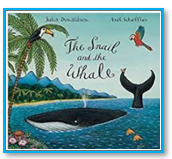 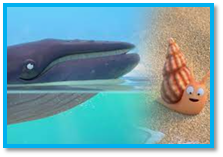 In other areas of the curriculum In Science we have had a really busy half term in our ‘Plants’ Unit. We have grown our own seeds (sunflowers and beans) and have made one change to investigate the plants growth. This is called a variable. We found out that plants need sun, light, water and soil to grow healthy. We also used white flowers kept in water with blue dye to see how plants absorb water. We were amazed by the results. 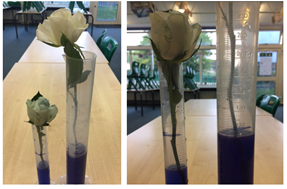 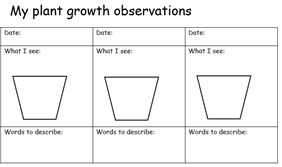